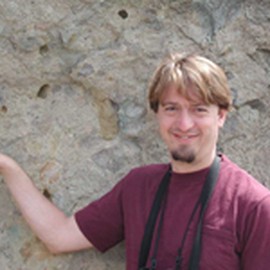 David Percy has been the Geospatial Data Manager for Portland State University’s Geology Department since 1998. Before that, he spent 15 years as a database manager and programmer in the field of medical research. He retrained as a geologist in order to use his skills in the field of Earth Science. Since 1999 he has taught technology courses related to GIS, including GIS for the Natural Sciences, GIS Programming and Web GIS at the university. He also teaches high school teachers to use GIS in their science courses, and mentors high school students.

“Percy”, as he is known by friends and colleagues, is actively involved in the Open Source GIS movement through OSGEO and is a collaborator on a web-mapping framework named Map-Fu. His work in the domains of glaciology, coastal studies and web mapping has been published in several journals and open file reports. He is currently collaborating on a GIS Programming textbook. Percy has also used the open source tools mentioned above to collaborate on building high-availability, responsive web applications for State and Federal agencies.