More than 100 geoscience vocabularies have been identified to support the GeoSciML and EarthResourceML data models and over 50 of these have now been compiled and adopted. These are available through the CGI vocabularies register. These vocabularies include key lists such as:

The CGI has had two previous workgroups involved in vocabulary production. The Multi-lingual Thesaurus Working Group was formed in 2003 to continue work of the Multhes working group of the 1990s. The Concept Definition Task Group was formed by the CGI Interoperability Working Group in 2007 to develop concept vocabularies for populating GeoSciML interchange documents. Because of the overlapping interests the CGI council has determined that it will be more efficient and effective to merge the efforts. The Geoscience Terminology Working Group was established early in 2013 to undertake this combined role.

Why are vocabularies needed? 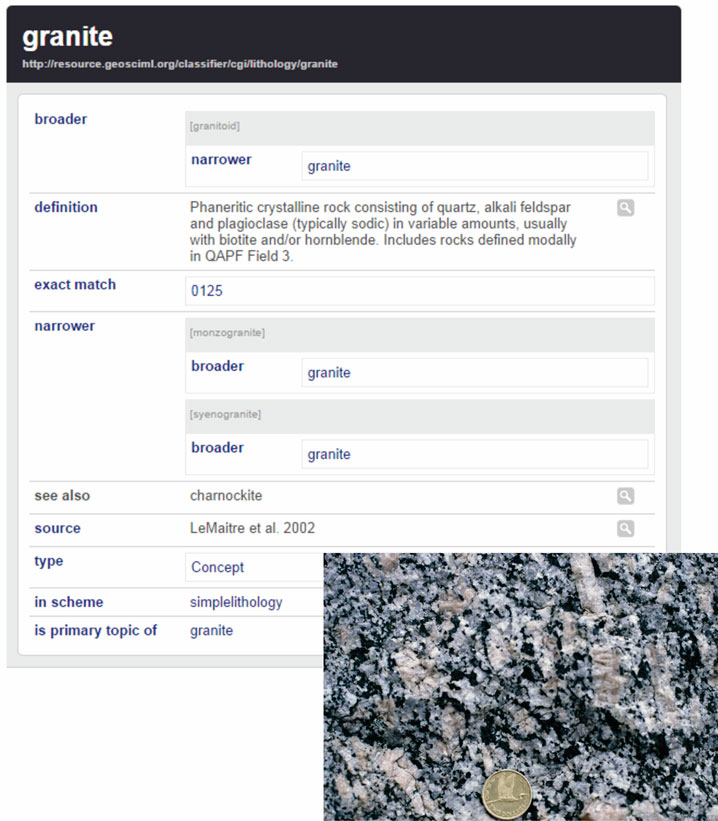 Vocabularies are restricted lists of agreed terms that describe features contained in database fields. By limiting database values to the contents of common agreed vocabularies the interoperability and interchange of the information is enhanced. The list contents are also multi-lingual where translations of the originating list language are made available in other languages. Vocabularies also organise their terms hierarchically so that terms can be parts of a group that is a valid term itself. For example “basalt” and “gabbroic rock” are narrower adopted CGI terms for the broader level “basic igneous rock”. and this enables database searching or map portrayal based on either the broader or the narrower term.

How vocabularies are adopted

Proposals for new geoscience vocabularies or change requests for existing CGI vocabularies, are lodged with the GTWG, usually instigated from within the group but can be initiated from outside for a specific requirement. Each proposal is assessed by the group to establish whether the changes are minor and do not require the GTWG’s formal consultation, review and adoption process or whether the proposed changes are significant and need input from the group. Each new or changed vocabulary proposal is assigned a ‘shepherd’ responsible for developing a draft vocabulary if new, or modifying a version of an existing vocabulary. The vocabulary proposal is then reviewed by the GTWG and through them colleagues and the wider community. After consultation and response to comments, the shepherd recommends voting for its adoption to the GTWG. Upon adoption, the vocabulary is registered in the CGI vocabulary repository.

Initial vocabulary development typically begins with a spreadsheet compilation of candidate terms using Excel and Google Sheets shared spreadsheets on the GTWG Google Drive facility. When a vocabulary has been completed, reviewed and adopted, it is migrated into SKOS, an RDF application for encoding concepts with identifiers, definitions, source information, standard thesaurus type relationships, and language-localized labels. The RDF-encoded file is then migrated on to the vocabulary server, for example the commodity code vocabulary.

How to lodge a Request for Change

A Request for Change refers to a proposal to modify an adopted existing CGI vocabulary or to propose a new geoscience vocabulary. The GTWG recognise that the adopted vocabularies will not always suit all user requirements and that needs of the wider geoscience community will evolve. Adopted vocabularies should be regarded as live working versions rather than irrevocably finalised. The GTWG will consider a Request for Change from groups or individuals outside of the working group. These Requests for Change can be sent to the working group via an email request to chair.gtwg@gmail.com. Alternatively a Request for Change can be sent to a GTWG member directly.

The GTWG needs active participation in the construction of geoscience vocabularies. Participants with expertise in specialist geoscience domains, information science and data models are particularly welcomed. For those who would like to contribute to the GTWG should contact the Chair, outlining their areas of expertise and their capacity to assist. 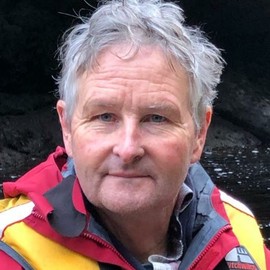